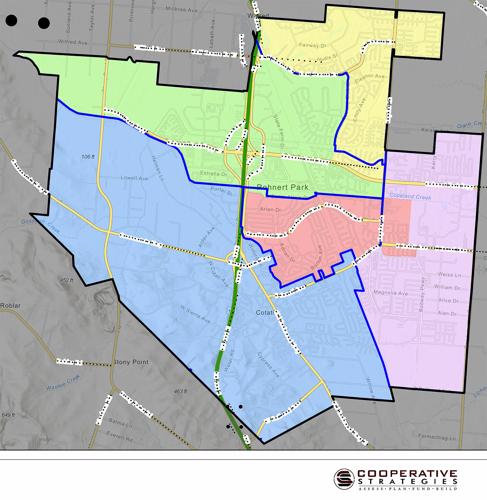 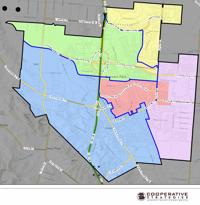 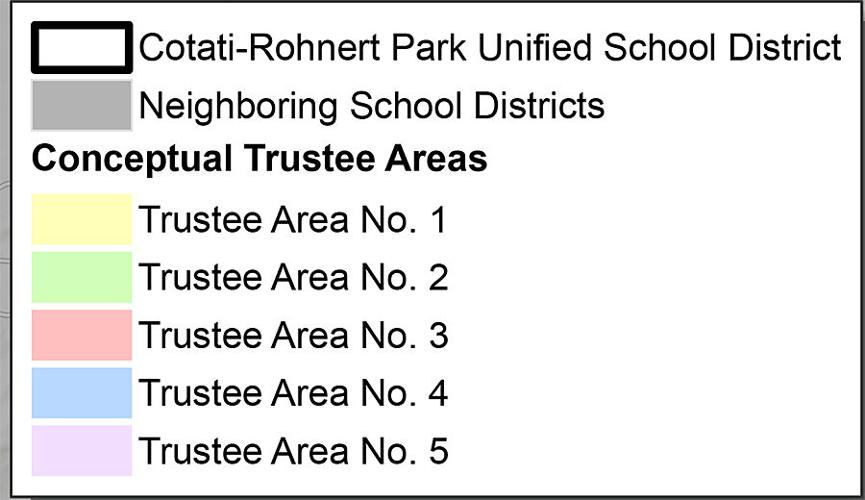 The Cotati Rohnert Park Unified School District held a special board meeting on February 1, at Technology Middle School Library, 7165 Burton Avenue in Rohnert Park. Listed as a study session, the bulk of the time was a workshop on governance led by Dr. Paul Porter. However, there was also one action item on the agenda. That item was the adoption of an adjusted Trustee Area Map which followed the release of the 2020 Census Data. This new map now sets the Trustee areas for 2022 and the next ten years until new 2030 Census Data is released.

By way of background, in 2019 the district transitioned to a by-trustee area election system to ensure compliance with the California Voting Rights Act. Those trustee area boundaries were based on the 2010 Census Data. In 2020, two trustee seats were up for election using that map. Trustee Michelle Wing was elected to the board from Trustee Area 5. Trustee Mark Nelson was appointed to the board from Trustee Area 3 since he was running unopposed and therefore no election was required. Both of their terms expire in 2024. Trustees Leffler Brown, Joe Cimino, and Chrissa Gillies were elected in 2018 under the previous at-large election system. Their terms expire this year.

Among other considerations, following each federal census, adjustments of trustee area boundaries, if necessary, are required to make sure the population in each area is as nearly as equal as possible. The school board was required to make these adjustments by March 1. If they had not, then new maps would have been drawn by the County Committee on School District Organization by April 30. If that happened, the district would have had to “reimburse all reasonable costs incurred by a county committee in adjusting the boundaries.”

After review of the 2020 census data, the demographer hired by the board determined that the existing maps were no longer in compliance with California Education Code because they were no longer balanced by population. The demographer proposed three potential maps to the board and the board held a public meeting on January 18, 2022, to obtain community input.

At this special meeting the board adopted the conceptual trustee area identified as scenario 1. According to Superintendent Dr. Mayra Perez “The board selected scenario 1 because it caused the least amount of disruption” and “it allowed community members the opportunity to vote.” She went on to explain, “The other scenarios would have created a delay in voting for some.”

What that means falls under the concept of “deferral.” Under the previous district maps, voters in Trustee Areas 1, 2, and 4 didn’t have the opportunity to vote for a trustee in 2020. If the trustee areas were significantly changed many voters may not have had the opportunity to vote for a trustee until 2024, meaning their vote would have been “deferred.” Deferral is legal but not desirable. So even though some voters may have their vote in 2022 deferred, the goal was to minimize how many would encounter that situation.

Trustees for Areas 1, 2, and 4 could be on the ballot this year, if more than one candidate files for the position. According to the Sonoma County Registrar of Voters website, candidate nomination filing period for the November 2022 general election opens on July 18, 2022. The filing period closes on August 12, 2022.

The next regular board meeting is scheduled for February 15. It will be held at the Rancho Cotate High School Theater at 5450 Snyder Lane in Rohnert Park. The open session is listed as commencing at 6 p.m. The public can also view the meeting on the district’s YouTube channel.